2020: Most dangerous risks to insurers 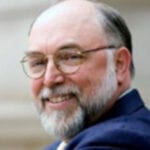 We are delighted to share this latest guest blog by Dave Ingram, Executive Vice President at ICMIF Supporting Member organisation Willis Re. The blog was originally written for the Willis Towers Watson Wire website. The article is reproduced here for the benefit of ICMIF members with the kind permission of Willis Re.

Once again, this past year-end, we asked insurance executives what they expected would be the most dangerous risks in the coming year.

Cybercrime, disruptive technology and pricing/profit are the top three most dangerous risks, according to a new Willis Towers Watson survey of more than 100 insurance industry executives.

For the fourth year, we have asked insurance executives about what they see as the most dangerous risks to their business. After several years of stable responses, our latest poll shows significant shifts in the risks that are most concerning. Five of last year’s top 10 most dangerous risks have dropped to a lower (and in some cases, much lower) ranking and five previously lower ranked risks have taken their place.

The top 10 most dangerous risks for 2020 chosen by the 101 insurance executives who answered our poll are:

Cybersecurity and cybercrime (up from two in 2019)

Insurers have more to worry about regarding cybercrime than other businesses. In addition to the usual potential for direct attacks to their business, insurers also may have to pay for losses experienced by their policyholders. In some cases, the coverage for cybercrime-related losses falls under more general types of insurance coverage that was not anticipated when the insurance policy language was written. (See 3 factors that make silent cyber risk so challenging for CROs)

For several years, industry observers have expected tech giants to make incursions into the insurance market. Beginning in 2018 and mushrooming in 2019, we have seen more insurtech offerings for insurance. Insurers need to decide which of these innovations to adopt and which to pass up — a decision fraught with danger.

As luck would have it, this is the only risk in the survey that had the exact same ranking as last year. The concerns about legislation and regulatory risk, interest rates and natural catastrophes, which all appear below, add up to intense pressure on profits.

Legislative and regulatory (up slightly from six in 2019)

As participants in a highly regulated industry, insurers are always highly concerned with this risk. While, at the federal level, there are major changes being made to regulations that are typically thought to be in favor of businesses, insurers generally operate under state laws and regulations, which for the most part have not changed as much. The law of unintended consequences may bring greater problems to insurers under this mixed environment. Insurers that offer liability coverage may be worried about court cases that challenge tort caps. As states are legalizing marijuana, there is a ripple effect of new claims in many insurance lines.

Still a high concern, but slowly drifting lower. The next concern in this area is a jump to a completely different type of technology (See 2. Disruptive technology above). Insurers are concerned whether the need to bring along legacy business will doom them to lose out in competition to the newest tech driven startups.

A little more than a year ago, interest rates looked like they were going to continue to gradually head upwards to levels that would make it easier financially for insurers to run businesses where they hold other people’s money, sometimes for long periods of time. During 2019, that trend reversed, and interest rates ended the 2019 a full percent or more lower than they started and almost 1.5% lower than the late 2018 peak.

Competition (down slightly from five in 2019)

Insurance industry growth in total tracks well with nominal GDP growth over time, but there are winners and losers. The top 50% of companies have been growing at twice the GDP growth rate on the average, while the bottom 50% of companies have had near zero average annual growth. So far, no tech-based startup has roared into the insurance sector and stolen everyone’s lunch. But most executives are worried that something will happen very soon that negates whatever competitive advantage that they have worked so hard to develop.

Recently, we reported that insured losses from natural catastrophes in 2019 were down by 33% from 2018, which was down 44% from 2017. One might think that this very favorable trend might lead to optimism about natural catastrophes but instead, concerns remain very high. Likely this is a result of a suspicion that the “new normal” is for erratic and more severe weather incidents due to climate effects.

Many Insurance industry observers have said that climate change has a very long-term horizon while insurance works on a one-year-at-a-time basis. The sharp rise in perceived danger from climate change indicates that many in the insurance industry believe that with evidence like the wildfires in Australia and California, that latency period has passed. And the action of the California Department of Insurance to require insurers to renew fire coverage in the state suggests that as the impact of climate change is felt, regulators will be looking at insurers to help pay for the impact.

This means people in the industry believe that “we don’t know what, but something else is likely to hit us hard.” It is an indication that there is a feeling of ill-defined doom.

With six new risks moving into the top 10, there were, of course, six that moved out, reflecting that prior concerns either didn’t materialize or that they did and were resolved. Those six risks are:

The presumption of this risk was that there is or will be a golden opportunity that will take the company to the next level. Perhaps this risk has fallen so far because people are recognizing that success is more a result of a number of smaller good decisions and of hard work rather than that one golden opportunity.

This risk dropped the farthest, but it is also covered under this year’s number two, disruptive technology. A small change in the polling process made it harder for some respondents to give credit for the same thing twice.

Concerns about this risk increased in 2018 and 2019, only to subside back to the level we saw in 2017. Perhaps there were concerns in the past two years that the new cloud-based computing approach that many insurers adopted was not as safe as the old ways of doing things. And after thoughts of impending doom for several years, naysayers have recognized that there may well be greater resilience built into major cloud-based services than their prior systems.

Many insurers were afraid that retiring Baby Boomers would take decades and decades of valuable experience with them. Some insurers are finding that there are always trade-offs. The retirees leaving do make it harder to keep doing things just the way that they have been forever. But the new employees are more flexible and may just have the right skills and training for the new processes that will be needed for the future.

This survey worked with the same list of 60 risks that we have used for the last four years. However, for the first time, we added a question about whether there were any highly dangerous risks that we missed. Here are nine responses that we will add for next year:

Emerging risks and their impact on the insurance industry

Why climate change is a particularly challenging risk for strategic CROs