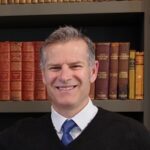 We are pleased to share this latest guest blog which was written by Izak Smit, Group Chief Executive Officer of the Professional Provident Society (PPS) in South Africa. Izak is also Vice-Chair of the ICMIF Board of Directors. The article is shared here with the kind permission of PPS.

One of our three values at PPS is taking extreme ownership. This supports a culture of accountability, of focusing on the results, of not blaming others, but of getting things done. An environment where all team members take ownership is a wonderful place to be because there are results. It is typically a place that attracts talent. Here are a few thoughts on this.

Ownership is to take accountability for what we are responsible for. I am sure we all get that. But extreme ownership takes it further. It is also to take accountability for what we are not directly responsible for, but what might indirectly influence the mission. Instead of complaining about challenges or setbacks or blaming others, people who take extreme ownership develop solutions and solve problems. They leverage assets, relationships, resources, whatever it takes, to get the job done.

Extreme ownership takes courage because there is not somebody else to blame. When things go wrong, there is no finger-pointing. When the question is asked: “Who is to blame for this failure?”, the answer is: “I am to blame!” It is an environment void of traditional corporate salutes. Mistakes are admitted and fixed.

People who are hesitant to take ownership raise problems and then pass them on, it is typically “delegated” up the management chain of command (until it inevitably bottlenecks somewhere). In contrast, a culture of extreme ownership does not just identify the problem but take ownership of it and try to find solutions. The motto is: “We are welcome to raise any problem around here, as long as we come up with potential fixes with a positive, solutions-orientated mentality”. It changes the negative into a positive, as nobody wants to live in an environment full of problems, but everybody wants to be part of solutions.

The way we use resources and the risks we take with them are different when we rent them or when we own them. Extreme ownership means an own-business mentality in the way we look after our environments and how we spend money. We deeply care about the resources entrusted to us, as if it is our own. We can trust each other with the way we go about these resources, as decisions around how we travel, where we stay, how we consume, will be no different from managing our own assets.

Levels of work are easy in a culture of extreme ownership. Problems are solved at the right levels, and close to the point of impact. Extreme owners know, as a matter of honour, when to run with something themselves, when to delegate and when to escalate. They are empowered and strong enough to deal with things that should be dealt with at their level, viewing it as a weakness to unnecessarily escalate an issue to a higher level.

Team leaders operating with an extreme ownership mentality is very selective and jealous about their teams, knowing that their ability to achieve success depends on the strength of their teams. They want to stand on the shoulders of giants. They, therefore, take extreme ownership of their teams, the development of team members, the culture in the team, the spirit. They also live by the ethos that there are no bad teams, only bad leaders.

Those that live this value take ownership of their personal development. They realise that an employer can assist, but ultimately it remains an individual responsibility. They do not blame others (parents, teachers, society, employers or a government) for a lack of progress, but they appreciate that they alone are the master of their personal destiny.

Those that live this value also take extreme ownership of their personal health and well-being. They do not have the attitude that family, society, an employer, or the government should ultimately bail them when years of laziness and neglect extracts their inevitable toll. They do not let their lack of discipline become somebody else’s problem. Because, if you don’t take ownership of your own body, where are you going to live for the rest of your life?

Extreme ownership mentally deeply cares about results, realising that at the end of the day it is the scoreboard that counts. It is about output, and input is just a way to get there. They attract accountability. Their circle of influence expands, and they live in that circle. The circles of influence of those who dodge responsibility shrinks.

So, to summarise, here are ten principles that those who take extreme ownership live by:

These principles are simple, but not easy to always live by. Taking ownership for mistakes and failures, for results, health, personal development, for teams and resources, is hard. But doing so is key to developing solutions and achieving success. Those who are willing to take extreme ownership ultimately run circles around the rest of the world!

Letting the genie of digitalisation out the bottle

Leading the community of members in a mutual