CO-OP Kyosai: Using the SDGs to create a sustainable society where “no one is left behind”

CO-OP Kyosai (formerly known as JCIF) is the mutual insurance federation of consumer cooperatives, which, in cooperation with member cooperatives across Japan, provides cooperative insurance products covering various risks in members’ livelihoods, such as injuries, illnesses, and disasters. These products are forms of mutual aid among members, who believe that the payment of their premiums will be useful to others.

In 2021, CO-OP Kyosai changed its English name, which was previously Japan CO-OP Insurance Consumers' Co-operative Federation to Japan CO-OP Insurance (Kyosai) Consumers' Co-operative Federation. The abbreviated version of the organisation’s name was also changed at the same time to "CO-OP Kyosai" from JCIF. The organisation decided to use the Japanese word "Kyosai" in its English name, which means mutual aid and especially the concept of people helping each other, to introduce unique idea of "Kyosai" internationally.

Committing to the SDGs

The message of the United Nations Sustainable Development Goals (SDGs), "Leave no one behind," is consistent with the philosophy of cooperatives.

In June 2018, at the 68th Annual General Assembly of Japanese Consumers’ Co-operative Union (JCCU), the national federation of consumer co-operatives in Japan, the “Co-op Action Plan” was adopted.

This declared that members of JCCU - which represents 314 consumer cooperatives and consumer cooperative unions across Japan (as of FY 2020) - would commit to realise the SDGS through seven actions: including to “participate in creating a society where everyone can live with a sense of security.”

CO-OP Kyosai, as a member of JCCU, supported the declaration and aims to contribute to the realisation of a sustainable society through its business and various social initiatives.

In 2019, CO-OP Kyosai signed a Gold Partner Agreement to support Para Nordic Skiing Japan Team as a team sponsor throughout the year. The JCCU has been working together with cooperatives nationwide to support Japan Para- Ski Federation since 2006.

CO-OP Kyosai was also the main sponsor of the “CO-OP Kyosai 2019 World Para Nordic Skiing World Cup Sapporo” held in Hokkaido in March 2019. This event turned out to be a great success, with participation of 61 athletes from 13 countries. 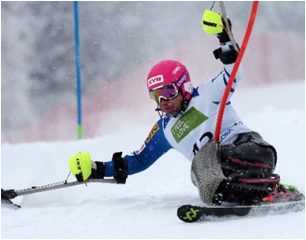 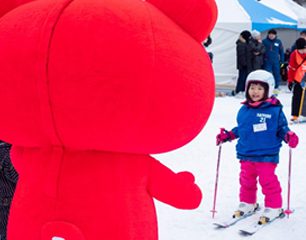 In February 2020, CO-OP Kyosai became a special partner of Odori Park Cross-Country Skiing Competition, the main event of the Sapporo Snow Sports Festa 2020, which welcomed 6,300 participants including the general public. Through these events, CO-OP Kyosai has been contributing to the popularity of winter sports in Japan.

“We are a Gold Partner of Japan Para- Ski Federation. We support not only competitions, but whole sports of skiing for people with disabilities” said Toshiaki Wada, President of CO-OP Kyosai.

“Our goal is to support the sports as long as possible, rather than just supporting individual events. We believe that supporting para- sports will greatly contribute to the realisation of a symbiotic society where no one is left behind, which is the goal of the SDGs and the very purpose of the mutual aid business.”

This initiative helped to support three of the Global Goals:

Although no events1 could be held in 2020 and 2021 due to the COVID- 19 pandemic, CO-OP Kyosai continued to provide comprehensive support for winter para sports.

CO-OP Kyosai is implementing a number of other initiatives that support the SDGs and its mission to create communities where people can live with sense of security.

1 In 2020, a race for a record was held separately from a competition.

Towards a better future by addressing social challenges

The journey to sustainability by embedding the SDGs in strategy