LB Forsikring’s purpose is “Together we make insurance redundant”: a joint effort with its members as well as existing and new collaborators, to prevent most of the accidents and damages we see today, and to “invest the savings made into the pursuit of even further prevention efforts.” For more information visit their website.

LB Forsikring has launched a telematics app solution where members can earn a lower deductible if they drive safely, avoiding traffic accidents and lowering damage losses. The solution has the potential to be further developed in several directions if it proves to be successful, for example, to mobility and transportation in a broader sense encouraging safer and climate-friendly transportation. In Denmark, approximately half of all traffic collisions are a result of drivers being distracted, typically by using their phones. Reducing distraction by phone use is one of the major objectives of this solution from LB Forsikring. Although it was only recently launched, early findings indicate a 10% improvement in the reduction of hard braking by drivers and a 46% improvement in distraction levels, which is very promising.

Leaking water from pipes represents one of the largest claim costs for LB Forsikring. In addition, the challenge of dealing with a water damage is an exhausting experience for the member. Therefore, when looking at risk prevention and mitigation, it was natural to investigate initiatives that could reduce the damage from water leaks.

Different mechanical solutions have been on the market for some time. However, LB Forsikring wished to investigate how Internet of Things (IoT) technology would enrich a concept around mitigating damages from leakages. Therefore, LB Forsikring partnered with a Danish company that had developed a leakage sensor that could be installed on water pipes by the insured themself. The sensor comes with a mobile app, that will warn the policyholder if a potential leak is detected. If a leak occurs and the member policyholder does not respond to the warning notification, the member will receive a call to ensure that they do not need assistance. LB Forsikring decided to launch the solution in a limited pilot to get hands-on experience with the concept. The leakage sensor was offered to 300 policyholders living in houses that the actuarial function had identified as being most exposed to leakage. The sensor was offered in a direct mail campaign and at first the policyholders were asked to buy it for a small fee of DKK 199 (approximately EUR 27). Later the sensor was offered for free to test if a fee constituted a barrier for accepting the offer. It turned out that fee or no fee – the conversion rate in the mail campaign was about 10%. The pilot was successful and contributed some great learnings for LB Forsikring. LB chose not to proceed with that specific solution, as changes at the partner required LB to be in charge of production and distribution. Instead, LB Forsikring is now piloting a similar solution where production, distribution and support are dealt with by the partner. 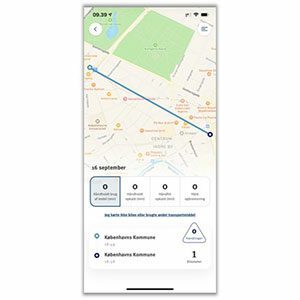 Go back to the UNDRR hub