ICMIF member NTUC Income (Income), Singapore, announced today that it has developed ‘Family Protect’, a unique protection proposition developed with the “sandwiched” generation in mind to enhance the financial security of those who are supporting intergenerational dependants.

In a 2015 study on class and social orientations[1], the “sandwiched” generation describes a “social arrangement in which a person from one generation is responsible for the financial well-being or obligations of two other generations of family members”, usually that of parents or parents-in-law and children. A person in the “sandwiched” generation typically indicates that he or she has “difficulty providing financial support” to both his or her parents and his or her children.

“Sandwiched” generation lacks financial security despite being aware of vulnerabilities

Such sentiments were echoed in a study conducted by research company, Kantar TNS, with Singaporeans[2] in the “sandwiched” generation, commissioned by Income. The in-depth qualitative study with 16 men and women in their 30s and late 40s revealed that they often lived from hand-to-mouth and had little disposable income monthly. They faced the most pressure from being the breadwinners of their families and providing their children with a good education. They were most worried about sudden illness or accident and loss of job. They also believed that the children’s education would be most negatively impacted should these events happen. They felt unprepared and unprotected in the face of a crisis as they had limited financial safeguards besides the support of their extended families, some savings and potentially a loan from the bank.

More significantly, the respondents, particularly those with children, indicated that having insurance protection was essential but they wanted their financial situation to improve first before looking into it despite being aware of its benefits. Their reservation was also compounded by the fear that they may not be able to sustain the insurance premiums as the respondents perceived them to be unaffordable.

Separately, Income commissioned Nielsen to conduct a survey of 200 respondents from the “sandwiched” generation, who are aged between 30 and 55 years old. These respondents have elderly parents and school-going children and as such, provision for these dependants was close to half (45%) of their financial commitments, while the majority of them also have housing mortgages (72%) and other household expenses (53%) to take care of.

The respondents earn a median household income of SGD 8,000, slightly above the median household income in Singapore of about SGD 7,800. However, their monthly household income per capita (about SGD 1,800) is lower than the median (about SGD 2,300) in Singapore, indicating that they are financially responsible for multiple dependants in the household. As such, close to all respondents look to reduce their expenditure, with close to 60% of them indicated that they saved whenever possible by spending only on necessities. As very few of these respondents in the “sandwiched” generation (8%) have access to grants or subsidies to defray their daily expenses, over 40% of them also took to working longer hours (26%) and/or multiple part-time jobs to supplement their income (24%).

About 40% of the 200 respondents indicated that they were not prepared for unforeseen circumstances that may render them unable to provide for their dependants financially.

Amongst those who said they were prepared, only around half indicated they had set aside savings for rainy days or were dependent on insurance schemes such as MediShield, Dependent Protection Scheme or Work Injury Compensation as their safety nets. About 30% said they would downgrade to a smaller property and sell their assets should a crisis situation occur.

NUS Sociologist Tan Ern Ser noted that those in the sandwiched generation are likely to be aged 40 or older as people today tend to marry and start a family later and their children are likely to be full-time students longer, while their parents enjoy extended longevity.

“The need to juggle different immediate priorities may understandably leave the “sandwiched” generation with little disposable income for making provisions for an equally important priority, that of responding to possible future risks. It would be useful for them to participate in an affordable scheme made possible by pooling risks with others in the community to mitigate the potential of such risks,” said Prof Tan.

Mr Andrew Yeo, Income’s General Manager for Life & Health Insurance, said, “ ‘Family Protect’ underscores Income’s commitment to make insurance accessible to people in Singapore, including the unserved and underserved segments of society. It is no surprise that those in the “sandwiched” generation are often underinsured as they continue to face rising intergenerational pressure as life expectancy is now longer in a highly competitive society. With this in mind, we have designed ‘Family Protect’ to be a low-cost option that offers benefits that relate to the vulnerabilities of the “sandwiched” generation, which in turn, address their needs to enhance their financial security and that of their loved ones practically.”

‘Family Protect’ offers two options of coverage – SGD 50,000 and SGD 100,000 sum assured – across a term of 10 years in the event of death, total permanent disability (TPD), terminal illness (TI) and upon diagnosis of dreaded diseases such as major cancers, stroke, specific heart disease, as well as, end-stage lung and liver disease, amongst others. Additionally, ‘Family Protect’ plugs the life and critical illness protection gap of the “sandwiched” generation in the following ways.

Firstly, monthly premiums of ‘Family Protect’ are kept affordable, and in turn sustainable, as our findings showed that the “sandwiched” generation often has little disposable income each month given their high financial commitment. For example, a 40-year-old man (non-smoker) will pay a monthly premium of SGD 23 for ‘Family Protect’ for a sum assured of SGD 50,000. For a coverage of SGD 100,000, the monthly premium will be SGD 45.

More significantly, ‘Family Protect’ offers a Dependant Booster Benefit that pays an additional 25 per cent of sum assured for each surviving dependant of the insured (up to 100% of sum assured, or four dependants) in the event of death, TI or TPD. This benefit, which is first in the market, provides the insured and his or her dependants greater peace of mind should such events take place.

‘Family Protect’ also features a Retrenchment Benefit that provides a pay-out of one per cent of the sum assured for every complete month of unemployment in the event of retrenchment. This pay-out is made after each complete month of unemployment instead of only after three months of joblessness like most typical benefits of such nature. This helps the insured tide over the crucial job-search period without tapping their limited savings.

Additionally, if there is no claim due to death, TPD, TI or dreaded diseases, the insured receives a return of 20% of all net premiums at the end of the 10-year policy term.

Secondary school teacher Azlan Azri is someone who can potentially benefit from ‘Family Protect’. Every month, the 35-year-old spends his salary on allowances on his parents, who are both in their late 50s, as well as, his housing loan and other expenses for his seven-month-old son. “When my son gets older and needs money for childcare and school, my salary will be even more stretched,” Azlan said.

“At SGD 33 a month for a sum assured of SGD 100,000, ‘Family Protect’ is an attractive hedge in the event that the family faces an adverse circumstance and suffer financial loss. The affordable premium and policy benefits are very relevant in providing me and my family peace of mind.”

‘Family Protect’ will be available for purchase from January 2018

[2] Results of the Kantar TNS study: “Understanding the ‘sandwiched’ class” which conducted home interviews with 16 respondents aged between 33 and 54, with a monthly household income per capita between SGD 1,800 and SGD 2,500, and up to 7 members in one household. 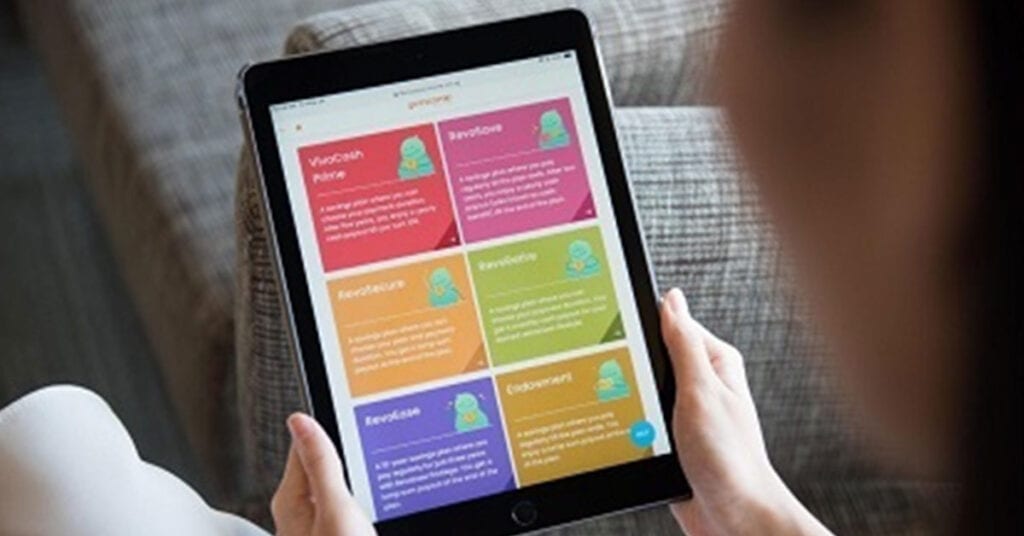