Climate change, sustainable finance and green bonds: what are ICMIF and our members doing? 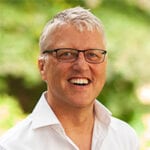 Mark Carney, Governor of the Bank of England, once described climate change perfectly saying that it “imposes costs on future generations that the current one has no direct incentive to fix*”

In his more recent ‘A New Horizon’ speech at the European Commission Conference (March 2019), Carney again sounded the alarm to those that would listen, saying once climate change becomes a clear and present danger to financial stability it could already be too late to stabilise the atmosphere at two degrees.

The paradox is, he said, that risks will ultimately be minimised if the transition to a low-carbon economy begins early and follows a predictable path. Too rapid a movement could materially damage global financial stability and it is for this reason that we need an orderly transition, driven by accurate timely information which identifies the risks and opportunities that companies face in respect of climate change. In light of this Carney identified three critical areas, reporting, risk analysis and return: –

What is critical, says Carney, is that the markets have the right information to price climate risk and to reward climate innovation.

In light of this, the Financial Stability Board (FSB) established the Task Force on Climate Related Financial Disclosures (TCFD). The TCFD has developed voluntary, consistent climate-related financial risk disclosures for use by companies in providing information to investors, lenders, insurers, and other stakeholders.

Over 600 organisations with market capitalisation of USD 9 trillion have endorsed the TCFD recommendations, essentially reporting publicly their business strategy, risks and opportunities with regards to climate risk.

It is hoped that in the future disclosure will become mainstream as more authorities require it.

ICMIF member organisation signatories for the TCFD are: the Desjardins Group, Folksam, LocalTapiola and The Co-operators.

See below for more on ICMIF’s work to support the TCFD.

Climate change creates both physical and transition risk. Physical risk is the risk to property and disruption of trade and the insurance industry is on the frontline of managing such physical risk by developing risk models that capture pricing and coverage.

A sudden and disorderly transition to a low carbon economy is likely to financially impact investment portfolios. Transition risks include policy changes, carbon taxes, reputational impacts, and shifts in markets and technology.

It’s clear that, in the future, climate and environmental, social and governance (ESG) considerations will need to be at the heart of mainstream investments and those organisations that are already investing in green finance will surely be at an advantage compared to businesses which are ignoring the opportunities and changes required as a consequence of climate change.

What are ICMIF and our members doing?

The Climate Bonds Initiative (CBI) is an investor-focused, not for profit organisation whose goal is to promote large-scale investments through green bonds. The aim of this is to accelerate a global transition to a low-carbon and climate-resilient economy in line with the COP 21 Paris Agreement to strengthen the global response to the threat of climate change by keeping a global temperature rise this century well below 2 degrees Celsius above pre-industrial levels.

The Climate Bonds Initiative runs the only international certification scheme for green bonds. This sets detailed green definitions and eligibility criteria for certification and has a robust pre-and post-issuance assurance framework. For different sectors there are requirements which assets must meet for certification and the standard acts as a screening tool so that investors can be confident that the funds are being used to deliver climate change solutions.

ICMIF is represented on the Climate Bonds Standards Board by Shaun Tarbuck who is supported by myself. The Board governs the development of the Climate Bonds Standard & Certification Scheme. Board meetings are held monthly and are made up of independent members which collectively represent USD 34 trillion of assets under management. The Board is responsible for approving: –

There is widespread agreement in the green finance sector that activating the mainstream debt capital markets to finance and refinance climate-aligned projects and assets is critical to achieving the international climate goals.

Based on current data and estimates, the trajectory of climate change is expected to lead to global warming of 3.1-3.7 degrees C above preindustrial levels by 2100**. Many climate change experts predict that this will have a massive impact on the planet with rising sea levels, increased frequency and severity of hurricanes, droughts, wildfires and typhoons as well as changes in agricultural patterns, yields and mass population movement away from the coastline. Avoiding the catastrophic levels of climate change which are currently predicted therefore requires dramatic reduction in global greenhouse gas emissions and massive carbon reduction.

It is estimated that total global infrastructure investment is expected to amount to USD 90 trillion between now and 2030 and the CBI and all those involved in green finance are in firm agreement that this needs to be low-carbon and resilient to climate change. This is where green bonds come into play. Green bonds are bonds with one distinguishing feature in that proceeds are earmarked for projects with environmental benefits, primarily climate change mitigation and adaption.

The CBI conference in London in March 2019 was designed to tackle this issue and raise awareness of the importance and benefits of green bonds, to stimulate debate and to encourage key decision-makers to look at green bonds as new and attractive methods to raise finance in the future.

ICMIF member Folksam (Sweden) is leading the way in investing in green bonds. Indeed, it has acquired over 25 billion SEK (3000m USD) in green bonds over recent years. These have predominantly been from the World Bank and in March this year Folksam acquired 2.8 billion SEK (330m USD) from the same bank in the first sustainable development bond targeting global food loss and waste.

The Prince’s Accounting for Sustainability Project (A4S) was established by The Prince of Wales in 2004 with the aim of inspiring action by finance leaders to drive a fundamental shift towards resilient business models and a sustainable economy bringing finance professionals together to embed sustainability into decision making. One way that A4S is doing this is by raising the profile of the TCFD disclosure requirements so that investors are better informed.

ICMIF works closely with the A4S and our aim is to have a representative from a member organisation on each country Leadership Group as A4S expands its network of Chapters around the world. Currently there are A4S Chapters in Europe, Canada and the USA. The USA Chapter was the most recent to be launched on 18 April 2019 with the following organisations as members:

Representatives from ICMIF have attended TCFD workshops organised by the A4S as has our Japanese member Zenykoren.

It is hoped that further Chapters will be set up in South America and Asia soon. ‘Circles of Practice’ have already been established in Brazil and Singapore and these are the first step towards formally setting up a Chapter.

The partnership between A4S and ICMIF is one founded on shared values and purpose and in a recent letter to The Prince of Wales, Shaun Tarbuck spoke of his hope that ICMIF would encourage more member organisations to become involved in the work of the A4S as its work expands on a global basis. On behalf of ICMIF, Shaun affirmed his commitment to continue to promote the great work already being done to convince CFOs that there is a way to incorporate sustainable financial practices in accounting reporting. The role for the finance community in achieving a sustainable world is critical and mutuals and cooperatives are ideal candidates to become actively involved in this work.

In the words of Sean Kidney, CEO and co-founder of the Climate Bonds Initiative “…the world has five, maybe ten years to fix things. Don’t walk. Run.”

During the forthcoming ICMIF Biennial Conference (12-15 November 2019) in Auckland (New Zealand), leaders from ICMIF member organisations and guest panellists will debate the urgent need for cooperative/mutual insurers to address emerging socio-economic and environmental risks, through the creation of external partnerships and managing connections within the broader ecosystem. This will involve looking at sustainable finance and how ICMIF members are leading the way in this field.

*Breaking the tragedy of the horizon speech 2015

Hope on the horizon: Amidst COVID, microinsurance protects the poor

There is no planet B: Climate change and the impact on financial reporting

ICMIF Sustainable Investment Report launch: What are ICMIF members doing for climate change now and in the future