Mutuality: A success story set to continue ‘An era of renewed confidence and growth’ 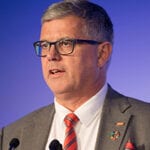 The socio-economic impact of mutual/cooperative insurers is often recognised as a core differentiator for our sector. Their ability to think and behave differently contributes to heightened consumer choice; product and service innovation; fair pricing; and ultimately improved consumer trust. The year 2018 has seen many success stories for our sector but particularly in terms of our consistent, long-term performance and growth; our growing influence; and increasing commitment to diversity.

Mutual insurance also has an important role to play in matters where stability and the ability to take a long-term view are required. The public is looking to insurers to adapt their thinking from ‘protection’ to ‘prevention’ and during my 13 years as CEO at the International Cooperative and Mutual Insurance Federation (ICMIF), I have witnessed our members make this change and, therefore, win consumer confidence. It was therefore extremely satisfying to note that in 2018, which marked the tenth year of ICMIF’s analysis of the Global Mutual Market Share, the mutual market’s growth has, once again, outperformed the total market. Since 2007, the mutual and cooperative model has been the fastest-growing part of the global insurance market; maturing from a global market share of 24% in 2007 to 27% in 2017 and currently employing 1.13 million people and serving 990 million people.

ICMIF’s 197 member organisations have delivered even more impressive results still, achieving an aggregated growth of 39.3% (compared to global market growth of 16.8%) during the last ten years, according to our ICMIF Members: Key Statistics 2018 report.

Our members have grown at a significantly faster aggregate rate than both the global insurance market as a whole and the total cooperative and mutual insurance market since 2007. This increase in collective premium volume of 39.3% exceeded the total cooperative/mutual market (29.2%) by more than 10 percentage points and was also considerably greater than the total market average of 16.8%.

ICMIF’s unique reports, ICMIF Members: Key Statistics and the Global Mutual Market Share report, enable ICMIF and our members to talk meaningfully about the sector’s relevance with important stakeholders. In particular, they help us to substantiate our positions when we are in consultation with global and regional regulators, including the International Association of Insurance Supervisors (IAIS); European institutions; and the Association of Latin American Insurance Supervisors (ASSAL); as well as influential bodies such as the G20 and B20; the Organisation for Economic Cooperation and Development (OECD); the United Nations (UN); and the Insurance Development Forum (IDF).

We have also used this information to help increase the number of countries who adopt mutual-friendly insurance law. We have seen a number of successes this year with new mutual insurance laws in South Africa, Estonia and Romania, and our work in China, the world’s second largest insurance market, to promote the mutual model has, undoubtedly, significantly influenced other countries. In collaboration with our French health mutual member, Group VYV, our collective expertise has assisted in the implementation of mutual Chinese law and this month ICMIF welcomed our first Chinese mutual member, Zhonghui. It was my privilege to personally welcome them during our Asia and Oceania Conference in Hong Kong earlier in December.

One of my most memorable moments this year, was being actively involved in setting up the first ever G20 Insurance Forum in September in Bariloche during the Argentinian G20 presidency. The G20 Insurance Forum was an historic moment bringing together the insurance industry supervisors and regulators to discuss the future of insurance and how it acts as a social protection mechanism to promote financial and economic stability and growth. Four Argentinian ICMIF members Sancor Seguros, La Segunda, San Cristóbal and ADIRA all supported the initiative and helped to host the Forum. Discussions relating to sustainable development; barriers for long-term investment in infrastructure; technological innovation; and financial stability were all debated.

One of the leading figures inclusive insurance, Dr Aris Alip from ICMIF member CARD MRI (the Philippines) was the keynote speaker at the COP24 InsuResilience Forum this month. Another recognition of the important role that mutual are playing in the inclusive insurance arena.  Dr Alip, as chair of the ICMIF Development Committee was responsible for setting up the ICMIF 5-5-5 Mutual Micro-insurance Strategy initiative in 2016 which is on target to reach 25 million vulnerable people in five countries in five years.

ICMIF has always had a high number of women in leadership positions, compared to the wider insurance market, but has during recent years worked hard to ensure that its events include a better balance in terms of speaker line-ups. Earlier this year, an ICMIF member event, the Annual Meeting of the Latin American Association for Reinsurance Education (LARG), saw more women than men on the agenda with 15 women speakers compared to 12 men. The Annual Meeting of the LARG took place from 25-28 September, in Panama City (Panama) with Seguros Fedpa S.A. as host.

The LARG is a group of mutual/cooperative insurers from Latin America, all of which are members of ICMIF. The LARG initiative was originally set up in 2005 by five ICMIF member organisations in order to purchase reinsurance collectively and the group has grown steadily since and now includes 14 member organisations of whichfive are led by women.

With a ten year trend of growth, the future for the cooperative and mutual insurance sector is certainly bright and much of that success can be attributed to responsible leadership focused on long-term sustainability. Our members – including Folksam and LF in Sweden; The Co-operators and Desjardins in Canada; Sancor (Argentina); Unipol (Italy) are at the forefront of the paradigm shift towards adopting Ethical, Social and Governance (ESG) principles in their business as well as embedding the UN Sustainable Development Goals (SDGs). It is the focus of ICMIF members on responsible leadership that is attracting new customers and helping to retain existing customers who, in turn, are advocates for the mutual model which is driving the outstanding growth in the sector.

This blog was originally written by Shaun Tarbuck, Chief Executive, ICMIF, for and published by Insurance Day in a special end of year review feature (published 17 December 2018). The blog is reproduced here with the kind permission of Insurance Day.

ICMIF members outperform the total and the mutual market