As part of its virtual member services offering, ICMIF recently hosted the first-ever online ICMIF Young Leaders - Roundtables with CEOs event. The event attracted over 150 young professionals and emerging leaders from 50+ ICMIF member organisations around the world who were joined by 16 CEOs of mutual and cooperative insurers for small group roundtables.

During the event, three one-hour sessions were held providing the opportunity for the Young Leader attendees to speak and network with a number of invited CEOs from ICMIF member organisations in a small group setting.

The roundtables provided a unique opportunity to spend an hour with a leading CEO of a fellow mutual/cooperative insurance company: offering the chance to ask these respected leaders anything about their organisation, current issues or challenges they face, their approach to leadership or even to ask for advice for career development.

These roundtables were aimed at young professionals - generally aged between 20 and 35 years old - at ICMIF member companies who have been identified as emerging leaders within their organisations.

There was no agenda for these events and the Young Leaders were expected to drive the discussion and come to the session prepared with questions to ask the CEO taking part.

The meetings were hosted on a virtual platform (Zoom) through breakout rooms. 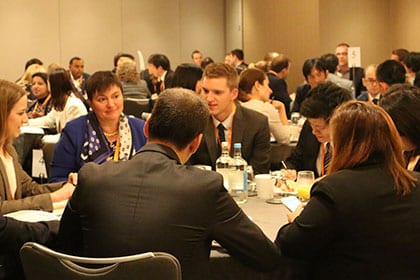 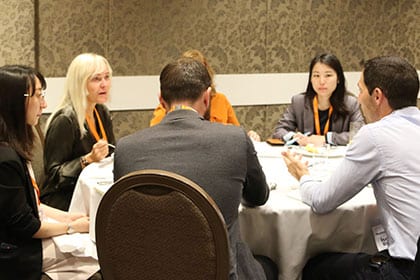