On Wednesday 10 July 2019, Dutch ICMIF member Achmea and a large number of other financial sector players, signed the Dutch government’s national Climate Agreement and in doing so committed to report on the climate impact of their financing and investments from 2020 onwards. The organisations also announced that by 2022 they would have action plans in place to reduce their CO2 emissions. Contributing to reducing climate change has been high on Achmea’s strategic agenda for many years and it is one of the three focus areas (UN’s SDGs) in its strategy.

In a statement this week Achmea said that the climate is changing and this is causing increasing disruption, suffering and loss for the organisation’s customers and for society. Achmea says its strategy is to contribute to a healthy, safe and future-proof society, which is why it signed the Climate Agreement this week and why it wants to contribute concrete solutions. By signing the agreement, Achmea is supporting the Paris climate goals and the ambitions of the Dutch government.

Willem van Duin, Chairman of Achmea’s Executive Board said: “As an insurer, we are seeing an increase in the losses suffered by our customers as a result of extreme weather. We want to help our customers protect themselves against losses by offering insight and solutions. This will help customers become more resilient to the impact of climate change. Climate change also affects the investments we manage for our customers. As an investor, we also have an influence on the extent to which the businesses we invest in operate sustainably.”

Achmea says this also makes climate change an important theme in the company’s responsible investment policy. It means that the organisation can start the conversation with businesses about their role in energy transition and in reducing CO2 emissions. This week, Achmea also announced that it would no longer be investing in companies that generate more than 30% of their revenue from coal or from the extraction of oil from tar sands. These companies will be placed on the exclusion list.

Together with partners, Achmea is working on developing innovations, such as BlueLabel, a service that provides insight into the impact of climate change, such as floods and extreme heat, at street level.

Read more about Achmea and a sustainable society 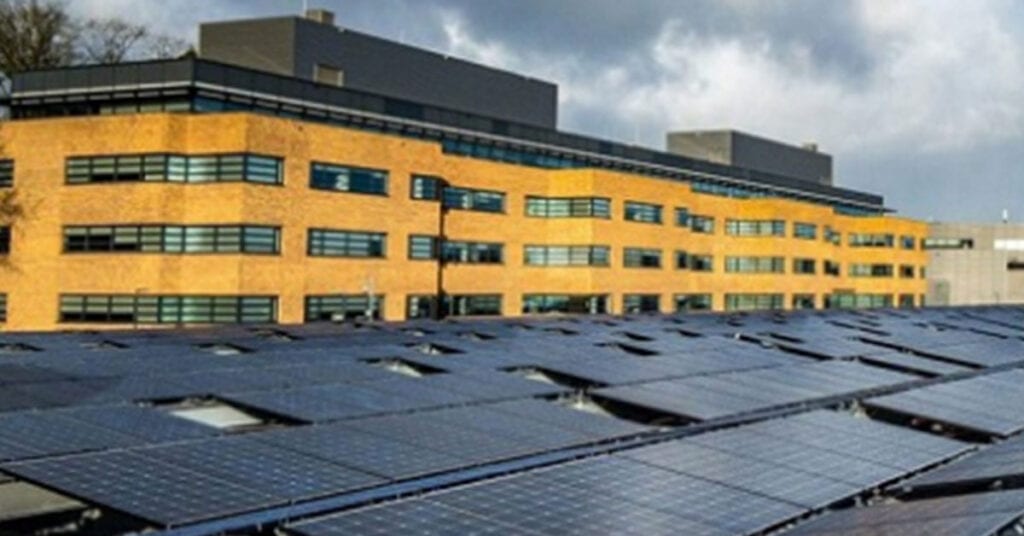