The Taal volcano is one of the Philippines’ most active volcano and recently, it has been spewing lava, triggering earthquakes and sending out large quantities of ash that have spread across the island of Luzon and beyond. Fears remain that a bigger and hazardous eruption could be imminent.

The CARD Mutually Reinforcing Institutions or CARD MRI is a group of mutually reinforcing institutions with a common goal of eradicating poverty in the Philippines and upholding the lives of Filipinos. One of these institutions is ICMIF member organisation the Center for Agriculture and Rural Development Mutual Benefit Association Inc. (CARD MBA) which is the insurance arm of CARD MRI.

The ICMIF Asia and Oceania (Regional) Association (the AOA) recently contacted members in the Philippines to ask if policyholders were being affected by the activity of the Taal volcano. Jun Jay E. Perez, Executive Director of another ICMIF member the RIMANSI Organization for Asia & the Pacific, Inc told the AOA that the situation has affected huge numbers of families in the area who are members of CARD and other similar organisations.  According to Jun Jay, evacuation efforts were immediately initiated especially for people in the danger zones and, thankfully, there was no reported casualty.  Government and private sectors have worked in mobilizing resources for immediate response.  But Jun Jay says, in agreement with announcements by the Filipino authorities, the situation may take a short while to resolve but may also last much longer and could go on for months.

Jun Jay spoke of how CARD MRI, with more than 2 million of their member-clients either directly or indirectly affected, is spearheading a donation drive for those who want to extend help to people affected, as well as their initial relief operations. People are being asked by CARD MRI to donate clothing, breathing masks and water to help those who need help following displacement or lack of essential items following the volcanic activity.

CARD MRI has posted on social media to say that when disasters like the eruption of Taal volcano occur their organisation does not hesitate to respond to the basic needs of their members who have been affected. They have immediately shown solidarity with local communities and members by prioritising the preparations of emergency provisions for their member-policyholders including food essentials such as bags of rice which have been distributed to communities affected by the volcano.

Jun Jay said: “We continue to pray for nature to calm down, and for the safety, security and provision of needs for those who were affected. 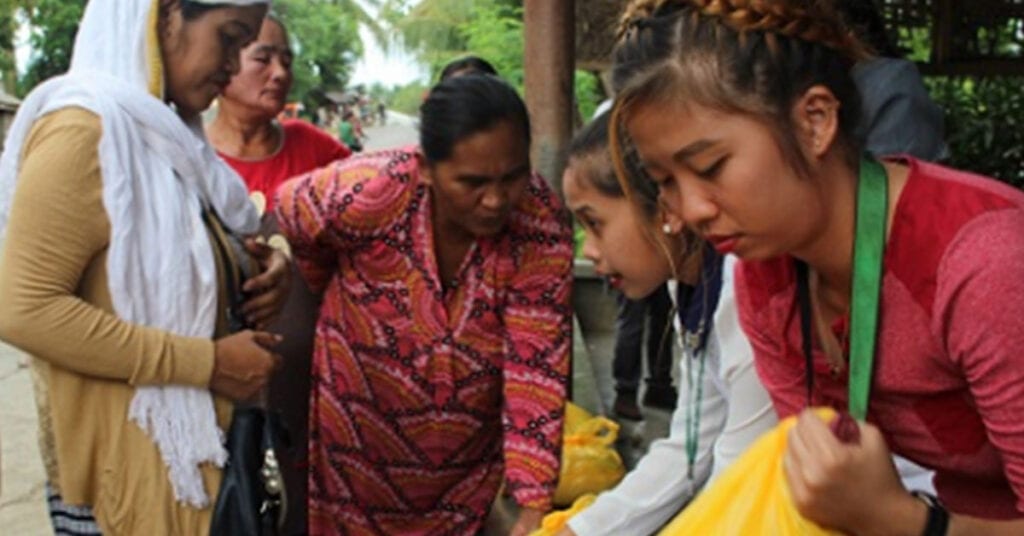