The International Cooperative Alliance (ICA) and the European Research Institute on Cooperative and Social Enterprises (Euricse), published the seventh annual World Cooperative Monitor last week during the ICA’s V Summit of the Cooperatives which took place in Buenos Aires (Argentina). The report paints a picture of the scale and strength of the global cooperative movement and reports on the world’s largest cooperative and mutual organisations, providing a ranking of the Top 300 and sectorial analysis based on 2016 financial data.

The 2018 World Cooperative Monitor collected data for 2,575 organisations (around 200 more than last year) from eight sectors of activity, 1,157 of which had a turnover of more than USD100m. The Top 300 cooperatives and mutuals report a total turnover of over two trillion USD according to the report.

This year’s results show the largest organisations in the cooperative movement performing well, with only slight variations to the top positions across the sectors. In the overall Top 300 ranking based on turnover Zenkyoren (Japan), a member of the International Cooperative and Mutual Insurance Federation (ICMIF) ranked fourth. And in the overall Top 300 based on the ratio of turnover over gross domestic product (GDP) per capita ranking, reintroduced this year, ICMIF member IFFCO (India) holds the top position with Zenkyoren in fifth position and another ICMIF member Nonghyup* (Republic of Korea) ranked sixth.

In the insurance sector Top 20 ranking based on turnover, ICMIF member Zenkyoren (Japan), ranked first with Achmea (Netherlands) in ninth and Unipol (Italy) in 14th position. And in the insurance Top 20 based on the ratio of turnover over gross domestic product (GDP) per capita ranking, Zenkyoren was, again, first with Unipol in eight position and Achmea in tenth.

Two ICMIF members also feature in the Agriculture and Food Industries sector as they are very large cooperatives with a wide product range. They work in these areas in addition to offering insurance products. These companies are Nonghyup which is ranked second in Agriculture and Food Industries Top 20 based on turnover and IFFCO which is ranked in first place based on the ratio of turnover over gross domestic product (GDP) per capita ranking with Nonghyup in third place in this category.

New this year is a special analysis of the Top 300 cooperatives and the United Nations’ Sustainable Development Goals (SDGs). This new addition to the World Cooperative Monitor report takes a look at how the largest cooperative enterprises and mutuals in the world are working towards achieving the SDGs, examining documents reported to the UN Global Compact project and Global Reporting Initiative (GRI).

“We are proud to find many examples of cooperative and mutual enterprises developing projects and initiatives to ensure fair labour, protect the environment, and much more to meet the SDGs. Featured within the section are also stories about the actions taken by Grupo Sancor Seguros (Argentina), Metsä Group (Finland) and Sicredi (Brazil), three of the Top 300”.

Grupo Sancor Seguros is a member of ICMIF and in this edition of the World Cooperative Monitor a special feature looks at how a series of initiatives by the Argentinian cooperative which are aimed at contributing to the UN’s Sustainable Development Goal (SDG) 8: to ensure full and productive employment and decent work for all.

Grupo Sancor Seguros is one of Argentina’s leading insurance companies and was one of the first companies in the country to look at how the organisation could incorporate the SDGs into its business strategies and operations through its Corporate Social Responsibility (CSR) process.

In the report, Betina Azugna, Grupo Sancor Seguros’s CSR/Sustainability Manager, talks about the successful programmes which the cooperative has put in place to work towards the meeting the SDGs. These include a road safety programme called “Motivadores Viales” (Road Motivators in English), which is implemented at Sancor Seguros and also at client companies, especially those with high rates of road accidents among their workers. The Argentinian cooperative is working to cut road mortality, a big problem in Argentina, among its employees and client companies as part of this programme.

Azugna also describes the work of its labour risk insurance company, Prevención ART, which works towards ensuring the safety workers and also economic stability for small- and medium-sized businesses in the unfortunate event of an accident happening in the workplace.

Azugna says that the reason that Grupo Sancor Seguros goes above and beyond what other insurance companies do for workers is due to its cooperative model and ethos. “We create these programmes thinking about human beings and their good health. We always put the person first, because that is our philosophy, to work together and take care of everything that makes people sustainable citizens. It’s not about material benefits or income. It’s our philosophy. We get a lot of positive results being the way we are”.

“Cooperative organisations and the subjects of the social economy are increasingly an important junction for bringing institutions, civil society and businesses closer together. To address societal problems we need to continue to build cooperation through the framework and tools of sustainable development”.

About WCM. The World Cooperative Monitor is a project designed to collect robust economic, organizational, and social data about cooperatives, mutual organisations and non-cooperative organisations controlled by cooperatives worldwide. It is the only report of its kind collecting annual quantitative data on the global cooperative movement. 2018 marks the seventh edition of the annual research report produced by the International Cooperative Alliance (ICA) with the scientific and technical support of the European Research Institute on Cooperative and Social Enterprises (Euricse). The analysis in this edition is based on data from 2016 and presents rankings of the Top 300 organisations as well as sector-specific data. Two primary rankings are presented, the first based on turnover in USD and the second based on turnover over GDP per capita.

World Cooperative Monitor: new ranking of the largest cooperatives is now available with a focus on SDG 8 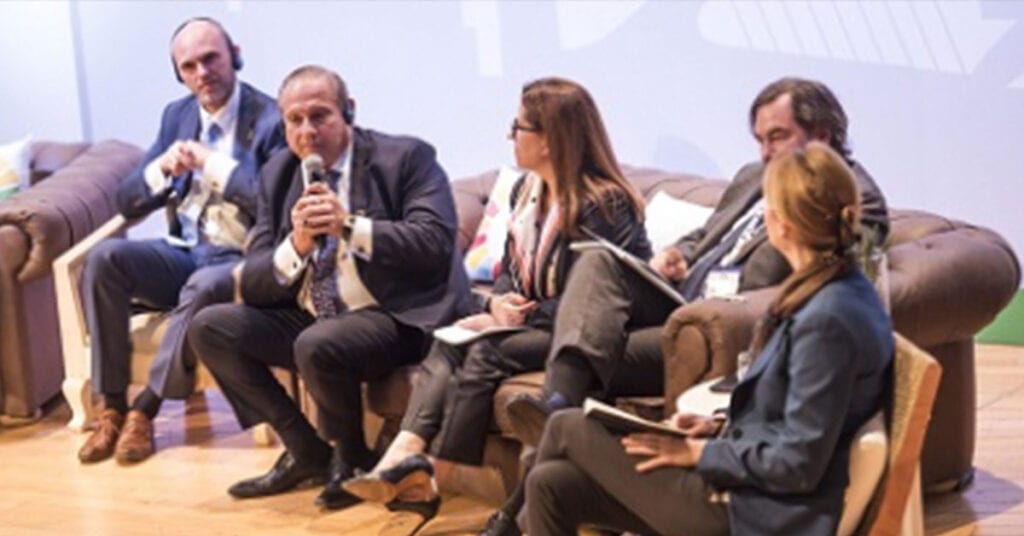