Shaun joined the International Cooperative and Mutual Insurance Federation (ICMIF) in 1995 and was appointed Chief Executive in 2005. He has overseen the growth of the organisation from 65 members in 1995 to 200 members in 70 countries today.  The mutual sector represents 27% of the global insurance market with USD 1.5 trillion in premiums and assets in-excess of USD 9 trillion. The mutual industry has 1 billion policyholders and has grown by 30% in the last 10 years (industry growth is 17%) with the ICMIF members growing by 40%.  ICMIF’s current four-year strategy is to help member organisations achieve their strategic goals and sustainably grow in their markets by leveraging the knowledge, competencies and experience of ICMIFs global network and representing the sectors interests to key stakeholders.

Shaun developed the first ICMIF Global Manifesto Protecting Lives and Livelihoods in 2015 and as a result has established working relationships with key global policymakers in areas where ICMIF members need to be represented or are leading the way. These include the United Nations Sustainable Development Goals (SDGs); climate change; disaster risk resilience; poverty alleviation; economic growth; responsible investing; governance; sustainable development and regulation/legislation.

He joined the B20 Financing Growth Taskforce in 2014 during the Australian B20 presidency and was instrumental in setting up the first G20 Insurance Summit which took place in Argentina in 2018 as well as getting mutual insurers mentioned in three of the recommendation papers. In 2015, ICMIF had five representatives from member organisations sitting on various B20 Taskforces.

Shaun has been involved with the United Nations (UN) 2030 Agenda since the beginning.  He spoke about responsible investing at the UN General Assembly in 2014 as the insurance industry spokesperson. At the Assembly, industry commitments were made prior to three Global UN agreements being established in 2015. These included the United Nations Office for Disaster Risk Reduction (UNDRR) Sendai Agreement, the Sustainable Development Goals (SDG) launch in September and culminated in the Paris Climate Change Agreement in December 2015 at COP2 1 with Shaun speaking at each of these events.

He has subsequently spoken at all the biennial UNDRR Conferences and many other UN-designated events, mostly on the role that mutual insurers can and do play in the UN 2030 Agenda. He has been instrumental in ICMIF’s three global partnerships that were agreed in 2019 with the UN Development Programme (UNDP), the UNDRR and The Prince’s Accounting for Sustainability Project (A4S) . Shaun is currently involved with developing the Insurance SDGs (iSDGs) in conjunction with the United Nations Environment Programme Finance Initiative (UNEP FI), the UN-Convened Net-Zero Asset Owner Alliance and COP26 which will take place in 2021 in Glasgow.

Shaun is a founding member of the Insurance Development Forum (IDF, founded in April 2016) and is an ex-officio member of its Steering Group. The IDF brings together insurance industry leaders with global policymakers from the UN, the World Bank and the Financial Stability Board in a unique public-private and mutual partnership to ensure insurance-related issues and solutions are discussed at the highest level. He was the Co-Chair of the IDF Microinsurance working group until 2019.

Shaun regularly speaks at conferences and to mutual leaders on the mutual advantage, sustainability strategies, governance and innovation in mutuals, as well as other strategic issues affecting the mutual and cooperative insurance sector and the wider insurance sector. He writes leadership articles and blogs and is regularly interviewed by the global insurance media in both written and video format.  He has also contributed to several research projects on the sector, including ICMIF projects and external ones.

He is a board member of the Climate Bonds Initiative that promotes green bonds and is a board member of Regis Mutual Management which sets up and runs new mutual insurers in the UK and Australia. In his spare-time, Shaun is a Director of the Dunham Trust, an affiliation of several local primary schools.

Shaun qualified as a chartered accountant in 1987 and had various roles in the UK and Bermuda before joining ICMIF. He is married to Francesca with four adult children. He enjoys most sports but particularly rugby union – a sport he has played, coached and refereed. 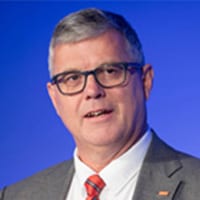