Beware of the relentless spread of personal accountability across borders 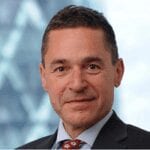 The below blog was published on the Willis Towers Watson Wire website on 24 October 2018. It was written by Francis Kean, Executive Director in Willis Towers Watson’s FINEX Global, is reproduced here for the benefit of our members with the kind permission of ICMIF Supporting Member Willis Re.

The acronym FSB probably conjures up for you the Federal Security Service of the Russian Federation, but it also stands for the less well known Financial Stability Board. This is a body established to coordinate at an international level, the work of national financial authorities in order to develop and promote the implementation of effective regulatory, supervisory and other financial sector policies.

Although that may not sound very exciting, earlier this year the FSB produced a toolkit “…to enable firms and supervisors to strengthen governance frameworks by improving corporate culture, clarifying individual responsibility and accountability and preventing the movement of “bad apples” (employees with a history of misconduct) within or between firms.”

If, like me, you believe that regulatory focus on personal accountability at board level is one of the most significant legacies of the 2008 financial crisis, there is plenty here of interest. While the FSB make it clear that their toolkit “does not constitute guidance and is not a recommendation for any particular approach,” it is a useful repository for regulatory thinking across all the major developed economies. The extent to which the same or similar themes and patterns of regulation emerge across the world is striking; Enforcd, a FinTech company, have carried out some excellent research on this topic that will be published shortly.

What does “accountability” really mean?

A good starting place is the FSB’s own definition of the concept of “accountability.” This states that it “…occurs where an individual can be held to account for ‘outcomes’ in the areas for which s/he has responsibility. …., accountability may take a variety of forms, and the term is not used prescriptively to imply any particular accountability mechanism. At the same time, an employee cannot be described as individually accountable if he or she never faces consequences for misconduct.”

The words “outcomes” and “misconduct” are interesting in this context. There is recognition that the regulatory approach is dictated by a desire to prevent bad outcomes. The corresponding (albeit tacit) assumption that, when bad outcomes occur as they inevitably will, “misconduct” is always identified and punished, is more controversial.

Is it really the case that blame can always be apportioned in the event of a bad outcome? Are managers in effect being charged with the responsibility to avoid “bad outcomes” and does that approach necessarily lead to sound decision making? Well, I’m going to dodge the answers to these questions (although I have blogged on a similar theme before), but in a sense the more important point to grasp is that rightly or wrongly this is the new reality.

Who should be held accountable?

Another threshold question on which the FSB toolkit sheds some useful light pertains to who should be held accountable. It states, “Although no standard nomenclature applies to the heads of business lines or the local operations of cross-border firms, the following list of roles could be considered:

Perhaps no great surprises here, but it is very much a starting point. In the U.K. for example the list of senior management functions totals 29 (although not all of these will be relevant to all firms).

The sharpest tools in the toolkit

Of the 19 tools in the FSB’s toolkit, perhaps the three that relate most closely to personal accountability are tools 8, 9 and 10 summarised below:

The upcoming Enforcd analysis will cover the regulatory regimes either already in force or in the process of being introduced in:

In each of these jurisdictions, tools 8, 9 and 10 are very much in evidence. For example, the U.K.’s Senior Manager & Certification Regime, Hong Kong’s Manager-In-Charge regime and Australia’s Banking Executive Accountability Regime, each require firms to identify to a national authority the allocation of key responsibilities to individuals. Each also operates enhanced enforcement regimes designed to hold individuals to account.

The U.S. does not have a centralised senior managers regime because of the many regulators that regulate different parts of the financial services industry. On the federal level, there are the Securities and Exchange Commission (SEC), the Financial Industry Regulatory Authority (FINRA), the Commodities Futures Trading Commission (CFTC) and the National Futures Association (NFA). There are also state level regulators such as the New York State Department of Financial Services (DFS).

Given the history of major securities class action lawsuits in the U.S., regulators have traditionally tended to the view that the threat of shareholder action is more effective than regulatory action to hold senior managers accountable. Nevertheless it is clear that U.S. regulators are taking careful note of what is happening overseas. In November 2016, the outgoing Chair of the SEC, Mary Jo White, said: “we should closely study the track record of the U.K.’s Senior Manager Regime for what it can teach us about implementing a broader and stronger enforcement regime in the United States for holding executives accountable.”

There is no doubt that a significant convergence of approach is underway when it comes to personal accountability at a senior level within the financial sector and beyond. In a sense this trend should be welcome for international firms which might reasonably expect greater conformity and a more level playing field across borders.

However, there is no room for complacency for two main reasons. Firstly, for all that regulators pay a lot of attention to common themes found in the FCB toolkit, including cultural drivers of misconduct and the desirability of greater cooperation between authorities, the reality is that each regulatory system has its own unique rules based system. Compliance with one does not imply (much less guarantee) compliance with another.

Secondly, regulation tends to be backwards facing, i.e. it is designed to address problems that have already occurred. As the International Monetary Fund recently warned, “(Regulators) must remember that risk tends to rise during good times and it migrates to new, unexpected corners. They mustn’t get caught fighting the last war.”

Whether they do or not is perhaps beside the point. One thing of which we can be certain though is that when things do go wrong, more blame will be apportioned to senior management than was previously the case.

Francis is an Executive Director in Willis Towers Watson’s FINEX Global, where he specialises in insurance for Directors & Officers (D&O) of companies. He joined Willis in 2010 and has 25 years of experience as a leading litigation lawyer specializing in professional indemnity, financial institutions and directors and officers liability in the London insurance market.