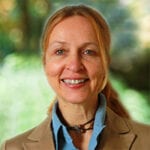 Insurance is an important and growing part of the financial sector and it exists in virtually all developed and most developing countries. A resilient and well-regulated insurance industry contributes significantly to economic growth and efficient resource allocation through the transfer of risk and mobilization of financial assets.

As long ago as 2003, the IMF noted that insurance is a tool for enhancing the efficiency of financial systems through the reduction of transaction costs, the creation of liquidity, and facilitating economies of scale in investment.

Although such recognition is widespread among many international institutions, there are many national lawmakers and policymakers – those who hold ultimate power over the way in which insurance is permitted to operate – that still underestimate the role of insurance. This is just one of the obstacles that the insurance industry is facing and which the recently established Insurance Development Forum (IDF) is attempting to overcome. In September 2016, the IDF’s Insurance Regulation and Resilience Policies working group reported:  “In some markets, governments have yet to appreciate the critical role that private market insurance can play in risk awareness, mitigation and protection. In others, the spirit is willing but the insurance infrastructure itself is weak or non-existent. In addition, a lack of deep insurance industry knowledge may lead to a degree of suspicion of the insurance industry by regulators, consumers and other stakeholders

What I would like to do here is to consider what the appropriate extent of regulation in insurance should be. Should the effectiveness of regulation be measured by numbers of pages in its documentation, for example? The New Deal Financial regulations which were developed in the 1930s included fewer than 40 pages and were in place for over 50 years.  In contrast, the 2010 Dodd-Frank Act contains more than 800 pages, and Solvency II more than 4000. These are not isolated cases: everywhere, regulatory documents have grown longer and become far more comprehensive, particularly in the wake of the 2008 financial crisis.

A paper by the eminent economist Professor Jan Kregel has described this development as “a duel to match complexity with complexity”. We can also considering the depth and gravity of the recent financial crisis (2007/8) which took place in spite of this ever increasingly  comprehensive regulation. Kregel is not alone in calling for regulation to be simplified in order to become more effective.

As Professor Kregel explains, market-based regulation does not produce the desired results, while rules-based and principle-based regulatory systems are prone to regulatory avoidance, especially with complex regulatory schemes.

Questioning the motivations for regulatory changes, Kregel points out that it is not always possible to identify historic rationale for regulatory measures in specific crises. He adds that an accumulation of ad hoc regulatory or legislative responses to match specific circumstances means that it is not easy to find a clear, consistent set of principles behind the current regulatory or supervisory frameworks at either a domestic or an international level.

Furthermore, if regulation is primarily based on principles, supervisors can still use their discretion to augment the rules and requirements – which in European jargon, we call “gold-plating” – thus compromising the link between regulation and supervision.  Politicians and regulators tend to have an ‘illusion of control’ when it comes to financial regulation, but often, that regulation merely sets out the conditions that lead to the next financial crisis.

In September this year, Mark Carney, Chair of the Financial Stability Board (FSB), speaking at the Arthur Burns memorial lecture given in Berlin (Germany), reflected that “The quest for a renewal of the Bretton Woods treaty, with associated protocols and enforcement mechanisms, has been replaced with the more flexible governance of the G20 and the FSB. These groups gather principals who work together to forge consensus and implement global solutions to common problems.”

So, is this high-level governance the way forward?

Kregel’s view is that this would still have limited effect because even if international standards could be strengthened by principles and minimum requirements, they would ultimately clash with national interests. He also notes that as long as costs are incurred at a national level, so too regulation will be set at a national level.

The views of Kregel and Carney are the direction that ICMIF has always advocated for, but we need the support of our members to push this advocacy forward. We are appealing to all members to give us this support through our new joint working group which has been set up in collaboration with AMICE’s team in Brussels.

This new working group, the International Centre of Excellence for Mutual and Cooperative Insurance Legislation and Regulation, will be operational very soon and our work will focus on strengthening the cooperative and mutual insurance sector not just in Europe but also worldwide. It will operate out of the AMICE office in Brussels (Belgium) and provide a central resource for all interested parties, including ICMIF and AMICE members, academia, regulators and policymakers. For more information on how you can participate, please contact me on catherine@icmif.org