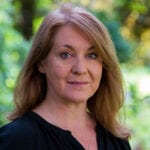 Although we live in an increasingly globalised society, insurance and the regulation of insurance remain a long way from the conception of a globalised industry as proposed by Levitt’s 1983 essay, “The Globalization of Markets” (Harvard Business Review), which suggested standardisation and convergence to be essential for successful businesses and markets.

Certainly, insurance has relied on the risk-smoothing effects of cross-border reinsurance to boost its robustness and resilience since long before the advent of the term “globalisation” in the 1930s, but two key characteristics of risk – complexity and evolution – will continue to challenge any notion of “standardised” insurance. This is also reflected in the regulation of insurance; the progress made by the International Association of Insurance Supervisors in increasing global financial stability through “globally consistent” supervision is significant but also reveals the divergence of regulatory approaches in different insurance markets.

This divergence is a well-known and recurring theme for the apex, global, representative body for the cooperative and mutual insurance sector, ICMIF (International Cooperative and Mutual Insurance Federation): one of its key aims is to increase awareness and understanding of the sector among influential and/or policymaking stakeholders, particularly regulators. This aim is not driven by market opportunities, but by the conviction that cooperative/mutual insurance is the model best-suited for promoting sustainable, socio-economic stability because it serves the interests of member-policyholders ahead of maximising profits for shareholders.

This notion is particularly important for emerging economies aiming to accelerate their development. Across the globe, 55% of countries have a law that allows for cooperative/mutual insurance; that percentage increases to 67% in high-income countries, but falls to just 37% in low-income countries (source: ICMIF, 2016). ICMIF’s key message is that cooperative/mutual insurance can contribute to poverty reduction and the protection of lives, which has particular resonance for the many low-income countries that are also the most vulnerable to climate and health-related risks.

Of course, the protection gap is an issue in both emerging and developed economies, albeit on differing scales, so it is crucial that regulators in both recognise that regulation that impedes the viability and/or efficient operation of cooperative/mutual insurers could also harm their country’s economic development.

At the global level, insurance regulation is at a transition point, moving from a period of development into a new era of implementation. The development stage was most noticeable in Europe with the drawn-out development of Solvency II, which came into force in 2016 across the European Union. The development of a regulatory system based on detailed measures of risk was hardly unique: the US regulatory environment had focused on risk for years before Solvency II finally saw the light of day, but the influence of Europe’s new regime should not be underestimated, with many other countries implementing regulatory systems which referenced, reflected or reciprocated it. To some extent, this may have been influenced by the global financial crisis; Solvency II was mid-development when economies around the world were hit by the biggest shock to their system for many decades, and the direction of Europe’s evolving regulatory system was changed accordingly.

The Solvency II which emerged at the end of this period and is now applied to almost all insurers in Europe is different to concept originally envisaged when the project started, and is without doubt more onerous. Now it is in the implementation phase, with reviews both this year and in two years’ time, it is important that the shortcomings for mutual and cooperative insurers in particular are identified and corrected, ultimately to the benefit of the policyholder.

That task is being robustly met by the Association of Mutual Insurers and Cooperatives in Europe (AMICE), which has represented the sector throughout the development of Solvency II and is now focusing in particular on proportionality. Proportionality is the principle that lies at the heart of Solvency II – that regulatory requirements should be applied in accordance with the nature, scale and complexity of an insurer – and has the greatest impact on mutual and cooperative insurers. The lack of uniform understanding and application of this principle across Europe has emerged in the two years of Solvency II, in effect creating an unequal treatment of similar insurance entities in different European Member States and therefore discriminating against policyholders depending on where they live.

Proportionality is also referenced as a concept by The International Association of Insurance Supervisors (IAIS) as it has been reviewing its principles and standards for regulators across the world. The challenge, however, remains that different countries have different legal frameworks, some of which do not recognise mutual and cooperative insurers as different from other types of insurers, and that different regulatory systems remain in place – rules-based, principles-based, twin peaks model, integrated regulatory model, and so on. These often reflect the cultural approach to insurance risk, which varies widely from country to country, and are clear indicators of the challenges that face the IAIS in the development of supervisory material.

Nevertheless, that development has happened, and regulatory focus is now turning towards the areas of conduct of business, policyholder protection, governance and capital adequacy, assessing whether our brave new world of regulation is really fit for purpose. The paucity of real proportionality is likely to be a missing key factor.

Meanwhile, good progress is being made at a national regulatory level in a number of countries: the Chinese regulator, CIRC, is now overseeing the country’s first mutual insurer; in India, the Insurance Institute of India is supporting ICMIF’s efforts to create a conducive regulatory environment for cooperative/mutual insurers; in Romania, the supervisor has just successfully added provisions for mutuals to the insurance law, and Estonia is following in its footsteps, pending imminent parliamentary approval.

The ongoing dialogue between regulators and AMICE and ICMIF will be essential in ensuring cooperative/mutual insurance can play a meaningful role in reducing the protection gap and offering consumers equitable access to insurance.

This blog was originally written for and published by Insurance Day in a special feature on regulation (published 10 December 2018). The blog’s authors are Faye Lageu, Senior Vice-President, Business Intelligence, ICMIF and Sarah Goddard, Secretary General, AMICE. The blog is reproduced here with the kind permission of Insurance Day.