Mutual insurers and non-traditional capital: Time for a change of perspective 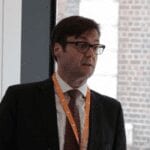 Only a few years ago, mutual insurers could understandably have viewed the influx of non-traditional capital trickling into the reinsurance market as irrelevant.

Mutual insurers rightly pride themselves on the unrivalled service they provide to their members, offering products tailored to meet their specific needs and developing intimate and long-term relationships with their constituency.

This would have seemed very much at odds with the approach of the new capital, which was focused on only a limited amount of “tail” property catastrophe exposures, offering coverage that was largely parametric or index-based (and hence a step more remote from risks on the ground) and came with high frictional deal costs.

Thinking about the new products being offered may have presented an interesting intellectual exercise to the reinsurance buyer of a mutual insurer, but they are likely to have drawn the conclusion this was something best left for the ceded reinsurance departments of the largest stock companies.

Step forward a few years and the signs of convergence between traditional and non-traditional capital were becoming much clearer. The coverages granted by new capital providers were more likely to be indemnity-based, and a broader range of perils and territories were available.

The number of reinsurance buyers making use of these products was also increasing, breeding greater experience and increased confidence.

However, a significant disconnect remained between the traditional ways of transacting reinsurance and the trading mentality new capital providers brought with them from other financial markets. Coverage was still limited to property catastrophe risks, and deals offered significant execution hurdles in terms of costs, compliance and complexity of documentation.

These challenges would have looked very much at odds with the reinsurance buying philosophies of most mutual insurers. Core to the thinking of any mutual is the pledge it makes to its policyholders to support them in their time of greatest need. This commitment is clearly expressed in the ability to maintain availability of limits and stability of pricing across multiple market cycles, and whether or not equivalent coverage is made available by commercial insurers.

The reinsurance buying of mutual insurers reflects these intentions, and the increasing number of alternative products and reinsurance providers would still seem to have little relevance to all but a few mutuals, despite a broader acceptance in the wider re/insurance community.

As it stands in the second quarter of 2015, things have moved on significantly. The recently launched Willis Reinsurance Index highlights that dedicated global reinsurance capital at $425bn represents an all-time high, with an ever-increasing contribution from non-traditional providers.

The changes driven by this influx of capital have moved the market far beyond an inflection point and can no longer be seen as short-term, cyclical change. We are witnessing a persistent and secular change in the structure and composition of the reinsurance marketplace. The lines between traditional and non-traditional reinsurers are blurring, with many reinsurers, new and established, straddling both approaches and seeking to maintain their relevance by offering capacity through managed special-purpose vehicles, sidecars, and collateralised retrocession agreements.

The choice of reinsurance products available to a buyer, in terms of line of business, loss trigger and financial backing, has never been wider. The way in which these products are executed continues to evolve, but innovations (such as the Willis Resilience Re catastrophe bond platform) make them ever easier to access to buyers of all sizes and territories.

Mutuals must change their perspective

For a mutual insurer, it is time for a change in perspective on the reinsurance market. Even if the increasing range of alternative reinsurance products does not directly appeal, it is now impossible to ignore the impact non-traditional capital is having on the market.

A shortage of opportunity and declining prices are pushing reinsurers to deploy capacity outside of their traditional areas of comfort. As a result we are seeing more capital being deployed in longer-tail lines of business, significant overcapacity becoming visible in specialist lines of business, and capital providers beginning to become active in areas that are traditionally seen as insurance rather than reinsurance.

For mutuals, the threat from this is twofold:

Mutual insurers offer an extraordinary proposition for their policyholders: acute focus and expertise brought to bear on a particular market segment or territory, a commitment to policyholders that extends beyond just the insurance product, consistency over time and unrivalled levels of policyholder service.

Ultimately, much of this is only possible because of the unique structure of mutuals, whereby shareholder equity belongs to its policyholders and there is a complete alignment of interest between policyholder and shareholder, who are one and the same.

Yet at the same time this structure acts as a constraint, whereby a mutual’s ability to raise capital is more limited compared to the commercial market.

For this reason, reinsurance often represents not just the most efficient but also the most flexible form of capital, putting the onus on a mutual to review their reinsurance purchasing in light of broader market developments to ensure they are maximising all the potential benefits.

Those mutuals that will best serve their members will be those that embrace the changes that have occurred in the reinsurance market; whether directly through the purchase of new products and relationships or indirectly through leveraging available excess capital to benefit their members.

To do so is not without challenges. As the heightened importance reinsurance plays in their financial stability – when compared to commercial insurers – dictates any reinsurance purchased must recognise the unique features, history and philosophy of a mutual.

This article was written by Robin Swindell, Executive Vice President, Willis Re, and was first published in May 2015 as part of Insurance Day’s special report on Mutuals and is reproduced with the kind permission of both Insurance Day and Willis Re.