What a year that was!! And now for some well-earned rest! 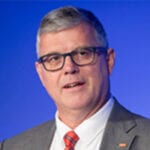 As we get closer to the end of the year and, for many, a Christmas break, our minds naturally turn to reviewing our achievements during the year, reflecting on the successes, the challenges and for the more enlightened the not so successful parts.  We at ICMIF are no different and collectively we will reflect as a group this week in order to then build towards the new challenges of the coming year.

From our point of view, as your global association, 2015 has been a superb year for ICMIF.  If you had told me what great results we would have achieved by the end of this year back in January 2015 I would scarcely have believed it might be possible.  Yet, at the culmination of the year having several keynote presentations given at the COP21 Climate Change Conference in Paris on behalf of the insurance sector and which included ICMIF was a dream come true.

ICMIF’s new business strategy (2015-1018) kicked off at the beginning of the year, focusing on services that we could categorise as unique or as we put it ‘only at ICMIF’.  Our Knowledge (business intelligence) and Networking services were building on their already strong bases with us seeking to find more ways to add value for our members. However, it was the Influence area of our work that was the unknown but which had the most potential to raise the profile significantly of both ICMIF and the mutual and cooperative sector as a whole.

The opportunities to influence on behalf of the insurance sector as a whole and also to increase the profile of the mutual and cooperative insurance sector were increased greatly by three globally significant agreements that were to be signed in 2015. These agreements had the potential to raise the profile of the insurance sector as the solutions provider in three major conferences. Firstly, the Sendai Framework for Disaster Risk Reduction 2015-2030 (Sendai Framework) which was signed after the 2015 Third UN World Conference on Disaster Risk Reduction (WCDRR) in March. Secondly, the Sustainable Development Goals (SDGs) in September and, lastly, the Climate Change agreement signed this month at the 2015 United Nations Climate Change Conference (COP 21).  It would also be fair to say that at the beginning of the year insurance was not on any of these agendas, by the end of the year though, insurance is right at the heart of the global solutions laid out in these 15 year international agreements.

The COP21 has been heralded as a resounding success with a legally binding agreement signed by all the nation states in the UN (195 nations).  This, in itself is a wonderful achievement, but for ICMIF and the insurance sector to be a major part of the final agreement is testament to what has been achieved this year.

You will note that I attribute these successes to the insurance sector collectively because without the collaboration of our partners, the International Insurance Society (IIS), the Willis Group and Swiss Re we could not have possibly achieved what we have.  Collectively we have been represented at and spoken at every major international gathering this year, at all times promoting the value and values that insurance brings to the world, through our work protecting lives and livelihoods and by being the world’s risk managers.  As a result the profile of insurance has never been higher among the world’s leaders and policymakers.  We are no longer the poor relations in the financial services industry, we are now the thought leaders and the ‘solutions champions’.

Through the several initiatives that we have collectively pursued and promoted at every UN meeting we attended; the World Bank/IMF session; our participation in the B20 Taskforces; attending theG7/G20 summit; and being part of the OECD thought leadership meeting; the credibility of the insurance sector has been constantly raised throughout the year.  As a result of many positive conversations with members at our ICMIF Biennial Conference in October, during and after Board and committee meetings, whilst attending the many Regulatory Affairs Leaders Forums and Communications Leaders Forum seminars and many face to face meetings, I know that our members fully support this new exciting direction.  Through our leadership and those of our new partners, insurance is now seen as a dynamic, exciting industry to be engaged in.  We would hope that, going forward, the rest of the industry will get behind our leadership in the various ongoing initiatives so we can truly say we are one industry.

So whilst it has been a rollercoaster year of meetings, summits, taskforces and conference calls the outcomes will give us huge benefits for our sector.  One of the reasons we started this work to raise the profile of the sector was to ensure that when global regulators and policymakers develop rules for insurers they are not just ‘fit for purpose’ but are developed in active collaboration with us.  Whilst some may argue this has not happened, I would say no but only that it hasn’t happened yet. The momentum is swinging our way and the powers that be are beginning to listen and actively engage with us, whereas, before we were being ignored. We have also gained some very powerful, high profile political friends along the way.

The other reason to increase our Influence work was to increase market penetration in all countries and in all areas where risk exists.  We have, without doubt, created many opportunities for insurers and reinsurers to expand the risks they underwrite.  The announcement of the FSB’s new Task Force on Climate-related Financial Disclosures (TCFD) across all industries has the potential to significantly increase global insurance premiums as does the COP21, SDG and Sendai agreements in many new areas of risk coverage. The new ICMIF 5-5-5 Mutual Microinsurance Strategy* is another example of increasing the market penetration of insurance.  All these initiatives now have a formal governance mechanism in the form of the newly launched Insurance Development Forum (IDF) which carries significant UN and political support.

So upon reflection I think we can comfortably say that working together with our insurance partners the IIS, Willis, Swiss Re and so on, we have significantly overachieved this year and we have collectively put insurance back on the map.

At the beginning of this year, having realised the enormity of the task ahead, we jokingly said sleep was optional this year, we can sleep in 2016!!  To all that have in some way participated, supported and engaged in the work of ICMIF and the insurance sector as a whole, you have my thanks and immense gratitude! Season’s greetings to you all and I hope you enjoy a well-earned rest!

*The ICMIF 5-5-5 Mutual Microinsurance Strategy aims to protect 25 million more people in the poorest areas by 2020, which is 25% of the G7 business sector commitment. We will be targeting 5 million low income households, in five countries, over five years. With the security of protection from disasters people can create jobs and long-term, sustainable growth for communities that need it the most.

Insurers are significantly engaged in the climate debate

Mutuality: A success story set to continue ‘An era of renewed confidence and growth’

Survival of the fittest at the B20